After acting as surety for his criminal girlfriend, Prossy Boonabana, thw RNC propagandist said “We will win this battle because we are fighting for our lives and lives of all those under the devil’s entanglement. Our enemies are already dead. They fight only out of hate and that […]

Whereas Prossy appeared in court yesterday, Sulah is enduring online bombardment on his facebook page

For some time now, I have covered stories about Prossy Boonabana and Sulah Nuwamanya wa Babirigi. The duo has been not only been involved in mobilizing Rwandans to join the RNC; they have registered a fake organization called Self-Worth Initiative that they use to fleece money from these […]

“Old Man of the Clan” clashes with the one with “The Hat”! 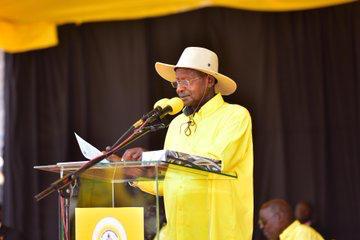 During NRM delegates conference, Museveni says he is Uganda’s only remaining problem

By MaxonLukyamuzi I attended the NRM delegates conference after a close friend and NRM diehard managed to put me on the attendance list, which took me a lot of lobbying (This will be a topic for another time). But to my anticipation, as was that of many others […]

Response to Boonabana’s letter of January 13, 2020 on the release of 9 Rwandans from Uganda detention centers

By Maxon LUKYAMUZI Every time Prossy Boonabana writes something on Uganda – Rwanda relations, I feel incensed and obliged to react immediately due to her negative, hostile and twisted way of portraying a nation we both, as Ugandans of Rwanda, have origins to. I also feel the need […]

Today, if Taremwa was to write another letter on Uganda – Rwanda relations, how would it look like?

By MaxonLukyamuzi Exactly a year today, Barnabas Taremwa, a businessman and NRM cadre penned what he termed a “revolutionary letter” to President Museveni and his Rwandan counterpart, Paul Kagame on what he described as a “silent war” between our two sisterly countries. Mr Taremwa was shocked that on […]

In Uganda, the second week of December came with what most Ugandans have been waiting for in almost three years: the cabinet reshuffle finally took place. It coincided with a particularly bad week in our regional diplomacy, particularly in regards to efforts to resolve the crisis with our […]

I said “no, it is my constitutional duty and that of every Ugandan to praise or blame our leadership”

For more than a couple of months, I have been receiving emails, social media comments and calls relating to what my friends and other people call “attack on the person of President Museveni” with some of them even issuing veiled threats, reason: that I write negatively about the […] 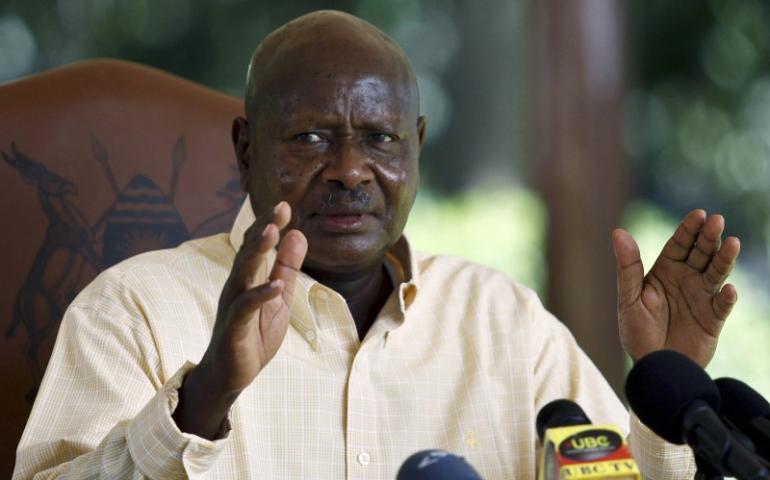 Guilt has no cure – pill or prayer, Museveni was caught red-handed during his anti-corruption walk speech

Museveni is the first head of state ever in history to hold a demonstration against himself. His determination to do the unthinkable was on display again when he led hundreds of plain clothed army and police personnel as well as some government officials to walk against endemic corruption […]

Will Museveni have moral high-ground to be anti corruption chief walker?

During his 33-year rule, President Museveni has presided over the worst corrupt administration in our country’s history since independence. But something came in my mind when on November 23, one Aaron Kaviiri Atenyeni tweeted “… H.E @KagutaMuseveni as the chief walker of the Anti Corruption walk that is […]